Chiller refrigeration: R-1234ze as a substitute for R-134a 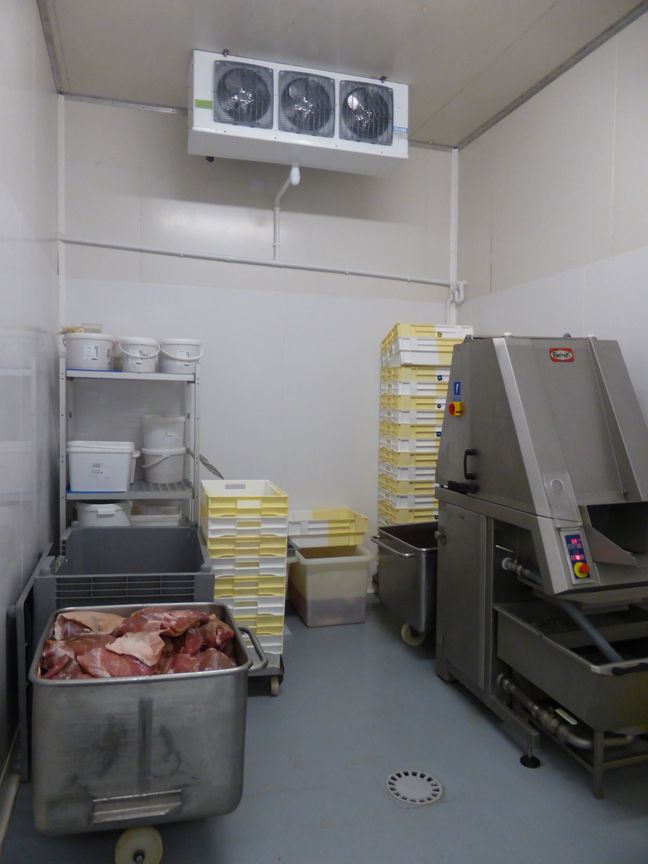 Central Froid tested the innovative refrigerant Solstice ® ze during a renovation project on a building to be used for the production of traditional "charcuterie" meat products in Brittany.

Roland Denoual has been an artisan "charcutier traiteur" since 1996 and decided to develop his cured meat business by investing in a new manufacturing site. "At our old place we only had approval to produce 30 tonnes per year. This meant we couldn't respond to today's demand which is equivalent to 100 tonnes". The new operation, under the name Les Délices de la Belle Noé, is in an old curing house in Saint Agathon (22 - France).

This traditional Breton business with 8 employees makes customised traditional French "charcuterie" products such as sausages, chipolatas, merguez and even pâtés, terrines and hams for local supermarkets. It produces 400 kg per day and can produce as much 1 tonne in the high season.

The new building was dilapidated and in need of major work, both to its manufacturing facilities and cooling systems, in order to meet the required standards. The walls on the 400sqm site had to be modified, the floors were completely rebuilt, and almost all the work equipment was changed. The cooling system was completely overhauled and centralised. The user asked for a machine room to be built outside the main building. Only two evaporators out of 15 were kept. The company asked Central Froid, the industrial and commercial refrigeration specialists, to install this new refrigeration system.

Central Froid became very involved from the start of the project which began in December 2012, and Director Mickaël Rouxel studied different options. The initial project included a CO2/R-134a cascade system but this option was very quickly abandoned for budgetary reasons. "The budget for the work had to be less than 100,000 euros. The client's main objective was to make energy savings while taking into account the complete confusion which prevailed with regards to the carbon tax. For the second option we therefore chose a chiller unit using R-134a. Then, when HFO 1234ze arrived on the market, we chose this solution for chiller refrigeration and we decided to retrieve the old R-404A cooling units for the sub-zero room" explains Mr. Rouxel. The installer wanted to test the new refrigerant with its GWP of 1 and its good performance coefficient for energy savings.

Work started in June 2013 and was completed by the end of October. After having dismantled the old refrigeration systems and recovered the refrigerant, new chiller equipment was installed. To keep within the budgetary requirements a second hand Profroid CR3 SHD 75 ZC refrigeration unit using R-404A was chosen. This was remodelled to operate with Solstice® ze refrigerant: the oil pumps, valves, hoses and oil separators were all changed.

The unit is composed of 3 Copeland D4DH250X compressors with a cooling capacity of 69 kW which supplies 6 cold rooms, 2 laboratories, a packaging room, a storage room for carcasses and a rapid cooling cell for temperatures between 0 and +10°C.

For sub-zero refrigeration, two small units using R-404A which had been in use previously were moved into the new machine room. The first unit cools the freezer room to -20/ -25°C and the second runs when fresh products are placed in the cold room so it can be cooled down to the required temperature more quickly. This second unit also serves as emergency equipment in case of malfunction.

The installation uses a Danfoss control system and GTC distribution system so everything can be controlled remotely. There is a heat recovery system for heating the domestic hot water needed for the salting process.

The installer and the end customer are satisfied with this new installation which meets the original specifications perfectly. Using Solstice® ze reduces electricity consumption and it has a GWP of 1 which is more environmentally friendly.

For Central Froid, compressors designed for this new refrigerant and using it in closed commercial refrigerated cabinets, could be an option for the future 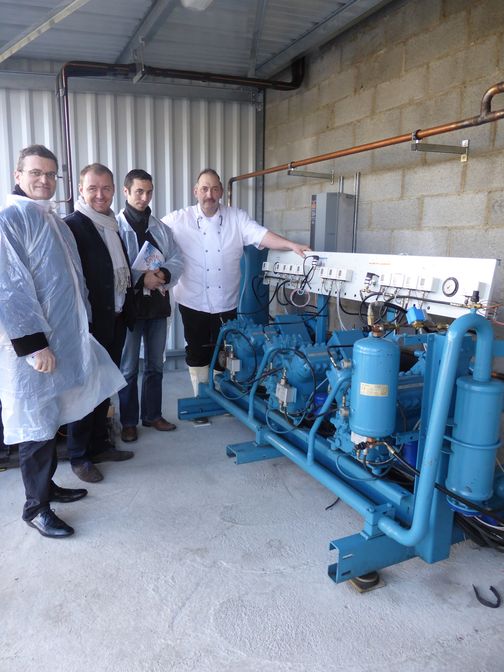